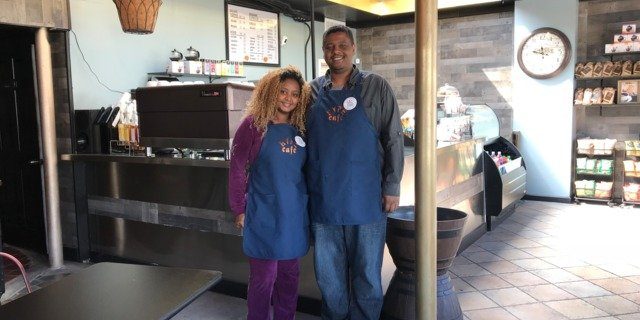 Strong, aromatic coffee to get you through the day 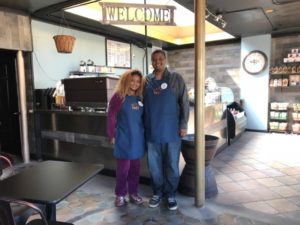 The meaning behind the name Hype Cafe doesn’t make itself known until about an hour after you leave the welcoming spot on Capitol Hill that opened this month. That’s when the rush of caffeine from your cup of electrifying Ethiopian coffee practically smacks you.

Hype Cafe is from engaged couple Samuel Mengistu, who is from Ethiopia, and Hanna Tesfamikael, who is from Eritrea but grew up in Ethiopia. “I came up with the name,” Tesfamikael says. “You drink coffee in order to get energy. You get hyper. Let’s just call it hype.”

At their coffee shop in the former Il Capo di Capitol Hill space, the owners will bring traditions from home to D.C., including coffee ceremonies on Saturdays and Sundays.

“Since we were kids, coffee is basically a part of life,” Mengistu says. “I tasted my first coffee when I was six. In Ethiopia there’s a way of doing coffee. There’s a first round, second round, and third round. The third round is very light. The grown-ups don’t drink it, they just taste it and the kids come in. As long as they put a lot of sugar, we can drink it.”

If you’re judging, think about how much caffeine is in childhood elixir Mountain Dew.

Beyond being strong, Ethiopian coffee is well known for its intense smell. Mengistu and Tesfamikael explain that coffee grown at high altitudes, as it is in Ethiopia, releases the best aroma. They exclusively brew Arkibuna coffees.

Right now pastries are served along side coffee and espresso drinks but the couple will debut a menu of sandwiches and Ethiopian veggie sampler platters after the grand opening in early April. There are about 50 seats inside and once the weather warms up, they’ll add tables outside.